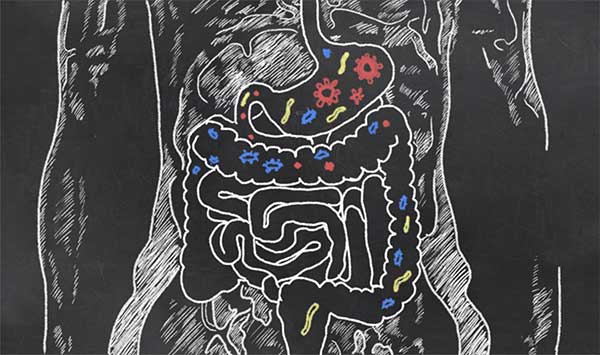 Small intestine bacterial overgrowth (SIBO) is a common condition estimated to effect 20-35 million Americans, in which large numbers of bacteria or archaea are abnormally present and overgrown in the small intestine. Many individuals with common SIBO symptoms, such as bloating, abdominal pain, constipation or diarrhea are diagnosed with IBS (Irritable Bowel Syndrome) rather than SIBO. Many doctors, including many gastroenterologists do not have an adequate understanding or training in diagnosing and treating SIBO. It is often overlooked and under-diagnosed by many doctors of all disciplines. If you’ve been diagnosed with IBS, you should be tested for SIBO via breath testing.

There are many causes of SIBO. These can include medications, genetics, stress, surgery/injury, and a very large number of underlying pathologies (over 40+ disorders). However, the most common cause of SIBO is food poisoning (including travelers diarrhea and stomach flu). Other common causes include a deficient Migrating Motor Complex (MMC), which slows motility in the small intestine, and anatomical structural issues in the small intestine. All of these can lead to the development of SIBO.

Since SIBO symptoms are non-specific and can be related to many other conditions, studies have concluded symptoms alone cannot be used to accurately diagnose SIBO. Therefore, testing is imperative in order to definitively diagnose. Testing for SIBO is performed via breath testing with an at home kit. It is cost-effective, non-invasive, and easy to perform. Our doctors have extensive experience in the diagnosis and treatment of SIBO. Our office routinely performs breath testing in order to assess for SIBO. We also utilize a variety of other laboratory tests (DNA based comprehensive stool testing, bloodwork, food sensitivity testing, and more) to rule out other potential underlying causes to your symptoms. After an examination and testing, we can determine what treatments are best. Call or email our office to schedule an appointment for a comprehensive diagnostic work up regarding your digestive symptoms.